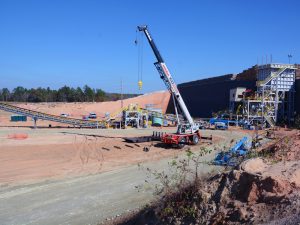 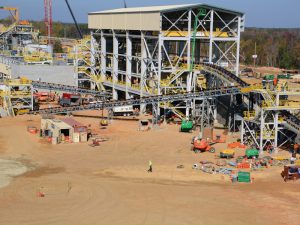 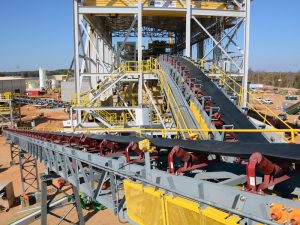 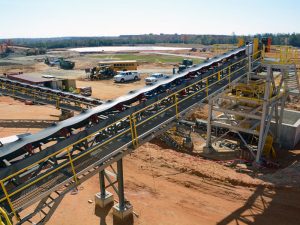 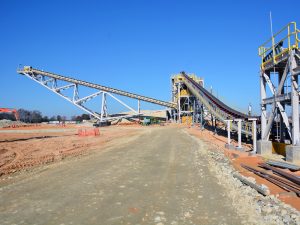 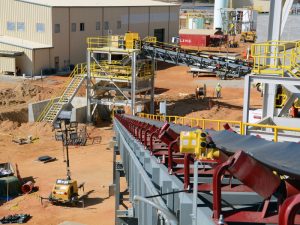 McCord Conveyor engineered and supplied the belt conveyors for this mining project in early 2013. Due to permitting issues and subsequent setbacks, this project was delayed until mid-2016 before construction finally commenced. During the final phases of shipment and installation, ownership changed and a few eleventh hour changes were made to suit the new owners design philosophies. In a matter of weeks, two of the conveyors were redesigned using what had already been fabricated and was able to keep schedule and start-up date.

This system is designed for a maximum capacity of 1000TPH. The primary crusher discharge conveyor is a 42” BW conveyor that feeds a 36” BW primary discharge stockpile conveyor. The stockpile conveyor was later redesigned to feed a fixed stacker for an emergency stockpile, as well as feed a 36” BW SAG mill feed conveyor via a pair of apron feeders. The final two conveyors were a pair of 24” BW recirculation conveyors to reprocess the SAG mill oversize material to the ball mill gain.